Home New death: pictures of the flamethrower in action
On: March 20, 2015 By: Hannah Scally Posted in Blog, World War One Facts
0 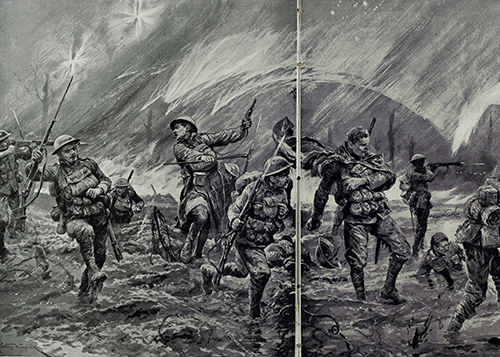 Flamethrowers — known as flammenwerfer during the war — were a German invention: they appeared on the Western front in 1915. The special violence of death by fire was a shocking development. The British press was fascinated by the gruesome new device, Wartime propaganda condemned them as another example of German ‘barbarism’, but the British army soon developed their own flamethrowers in response. Click below for a slideshow from the archives, of the flamethrower and its effects.

Use the search bar above to search for ‘flammenwerfer’ in the archive, and find more reports of the flamethrower in action.

Newspapers played an important role in wartime propaganda. To see more about how German military strategies were depicted in the British press, search for ‘atrocity’ and ‘barbaric’ in the archives.