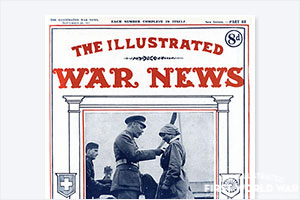 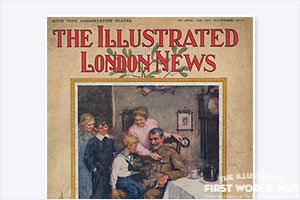 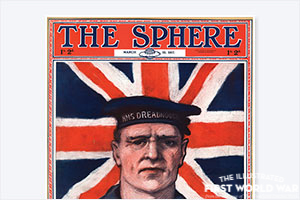 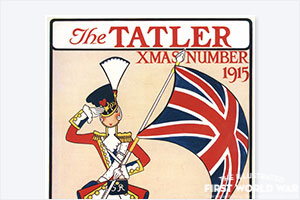 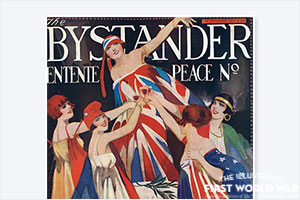 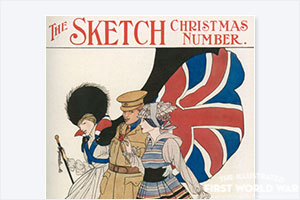 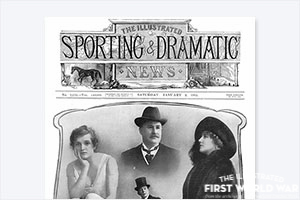 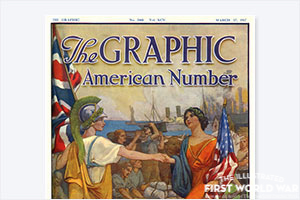 Artists from the First World War

When Herbert Ingram started the Illustrated London News in 1842, he secured the services of the artist Sir John Gilbert, renowned for his ability to work swiftly and accurately. During the Great War, these attributes, together with a certain amount of tenacity and opportunism, remained key for anyone working as a ‘special artist’ at one of the weekly illustrated papers.

The ILN, The Sphere and The Graphic all employed ‘specials’ whose role was to draw the news, travelling to the seat of war when possible and using their observations, together with those of eyewitnesses, to provide illustrations for the magazine, though methods for achieving this varied. The ILN’s correspondent Frederic Villiers, in his sixties by that time, would send sketches back to the London office where a staff artist, often Frederic de Haenen would interpret them and produce a completed drawing.

De Haenen was just one of a team of artists working in the ILN’s studios to ensure pictures were prepared in time for the presses. Fortunino Matania, special artist for The Sphere was dedicated to ensuring an illustration that was as authentic as possible. He visited the Front on several occasions but interviewed wounded soldiers as well as military and medical figures in order to ensure the utmost accuracy.

Illustration was still, in many ways, superior to photography. Photographs taken in the heat of battle were rare, and in comparison to illustrations offered very little detail or clarity.

Though firmly committed to recording events as accurately and truthfully as possible, ‘special artists’ were also able to move figures and emphasise important elements of a picture in order to give a far more satisfying composition.

Elsewhere, illustrations accompanied theatrical reviews, fashion columns or might veer towards the sentimental and patriotic for special Christmas numbers. Unsurprisingly, action scenes from the fighting fronts tend, in the main, to be biased towards Allied efforts. As well as recording events, illustrators also commented on the war through cartoons and humorous drawings.

Some of the 20th century’s finest cartoonists contributed to one or more of the ILN titles, among them H. M. Bateman, William Heath Robinson, George Studdy, Alfred Leete and Lawson Wood. Cartoons mocked the enemy, empathised with Tommies in the trenches and made light of the difficulties of living in wartime Britain.

They also boosted morale such as in the case of Bruce Bairnsfather’s ‘Fragments’ in The Bystander or the pin-ups of Raphael Kirchner published in The Sketch. As an insight into the views and preoccupations of the wartime population, the cartoons in the ILN archive are a remarkable and fascinating body of work.